I’m a grandmother. My grandchildren love my stories, not only at bed-time but ANY TIME. I will share them here, so you can treat your children. Each story has a spiritual life-application.

Print the stories. Put them in a binder. The children will love to read them over and over.

With love, Tía Margarita  (I’ve been the “Auntie” for children in Latin America since my youth)

Here is a pictures of a binder a mother in Mexico has put together with my stories in Spanish. Her kids love them!

From Useless to Priceless

The story of a rejected Chinese girl who was accepted and received
a new name… Priceless!

No one is useless in God’s eyes!

Story: 51 From Useless to Priceless

The Queen surprises the visitors when she shows off her “treasures.” The story includes Queen Bathsheba and the Queen of Sheba. Teaches what the real treasures are. 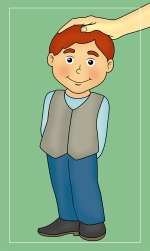 Francisco, called Cisco, waited every day for his father to come home from work. One day he was distracted and missed him… Jesus has promised to return, Are you waiting for him?

A beautiful and fragrant little rose discoverd too late the high price she paid for her longing for freedom. Teaches obedience, using Ephesians 6:1.

Story: 99 The Rose that wanted to be Free

This is the story of a crippled Russian boy who lived in Napoleon’s time. When Napoleon’s army invaded the town God protected him with a wall of snow!

When Judy’s friend Martha told her what she would get for her birthday, Judy got sick. She was dying of envy! But there was a remedy. She found it on her knees! 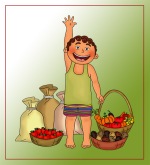 Baloo was an African orphan boy. When they had a Thanksgiving service at his church, he didn’t know what to give. Then he said, “I give myself as an offering!”

How proud Johnny was of the little boat he had made! But then it was lost! When te found it in the toy store, he had to buy it back. Find out whay Johnny said when he bought his boat back!

Andrew was his grandparent’s favorite boy. One day he found a golden ring. Years later he found something a thousand . Find out what he found!

How awesome to spend a night with lion! That’s what to Daniel, the man who prayed three times a day, even when it meant he might be thrown to the lions!

A boy who was bored on a rainy day home from school discoveres his dusty Bible. It changes everything!

An Arab boy promises his mother never to lie. When he is assaulted by bandits he stays true to his promise.

The story of a stray dog from Ecuador who made friends with athletes competing in his country. He won himself a passport to Sweden.

Story: 83 The dog that was named after a King.

God looks on a person’s inside rather than the outside. Fun song to go with the story. Teaches about Peter eating with the Gentiles.

Jesus told a parable to teach about forgiveness. We should forgive from the heart and as many times as necessary. 70 times 7! Or as some Bible translations tell it: 77 times!

Mr. Truelove made life enjoyable for people riding the crowded buses. He sang to the “Love of Loves.” Miriam and Joseph ‘spied’ on him… They found out what he was singing about… and made friends with the long-legged granddaddy.

God keeps His Promise to Abraham and Sarah.
Sarah becomes the oldest mother in the world.

Isaac means “He Laughs.” Both Abraham and Sarah laughed because it was hard for them to believe that at their old age they would have a son.

A girl make a phone call to testify about Jesus, a call that saves the lives of a couple who were thinking of ending their life. She invites them to a Crusade, and they come to know Jesus as their Savior.

39 Maritza and the Man on the Phone

The story of a girl who struggled because she was adopted, and how she discovered the miracle that we all are God’s adopted sons and daughters.

The little girl who discovered why her mother’s hands were so ugly and scarred. It was because the mother had saved the girl in a fire!

The girl who worked six years to save money to buy a Bible. Her hard work to get a Bible inspired pastors to form the Bible Society.

62 Mary and the Bible

A testimony from La Paz, Bolivia.
God shows His mercy to a disobedient boy.

Story about Missionary Gladys Alward and her rescue of orphan children during the War.

Story about the miracle of provision in Zarephath.

Picture to color: 33 Joel to color

The miracle of resurrection of the son of the widow.

34 A Miracle of Resurrection

Have you ever bitten into a hot pepper? The girl of the story was tempted to do just that? Did she? Read and find out!

35 Maria and the Hot Peppers

Story about the little mouse who saved a lion.

49 The Mouse who Saved the Lion

The disobedient little Chick who learned the hard way the importance of obedience.

The boy who learned to do his chores “brick by brick.”

Story about a boy who didn’t doubt his grandmother’s promise, even when what she promised didn’t come at once.

The girl who learned the bad effects of gossip.

Have you heard about the Scrolls of Qumran? Read the story about the boy who found them.